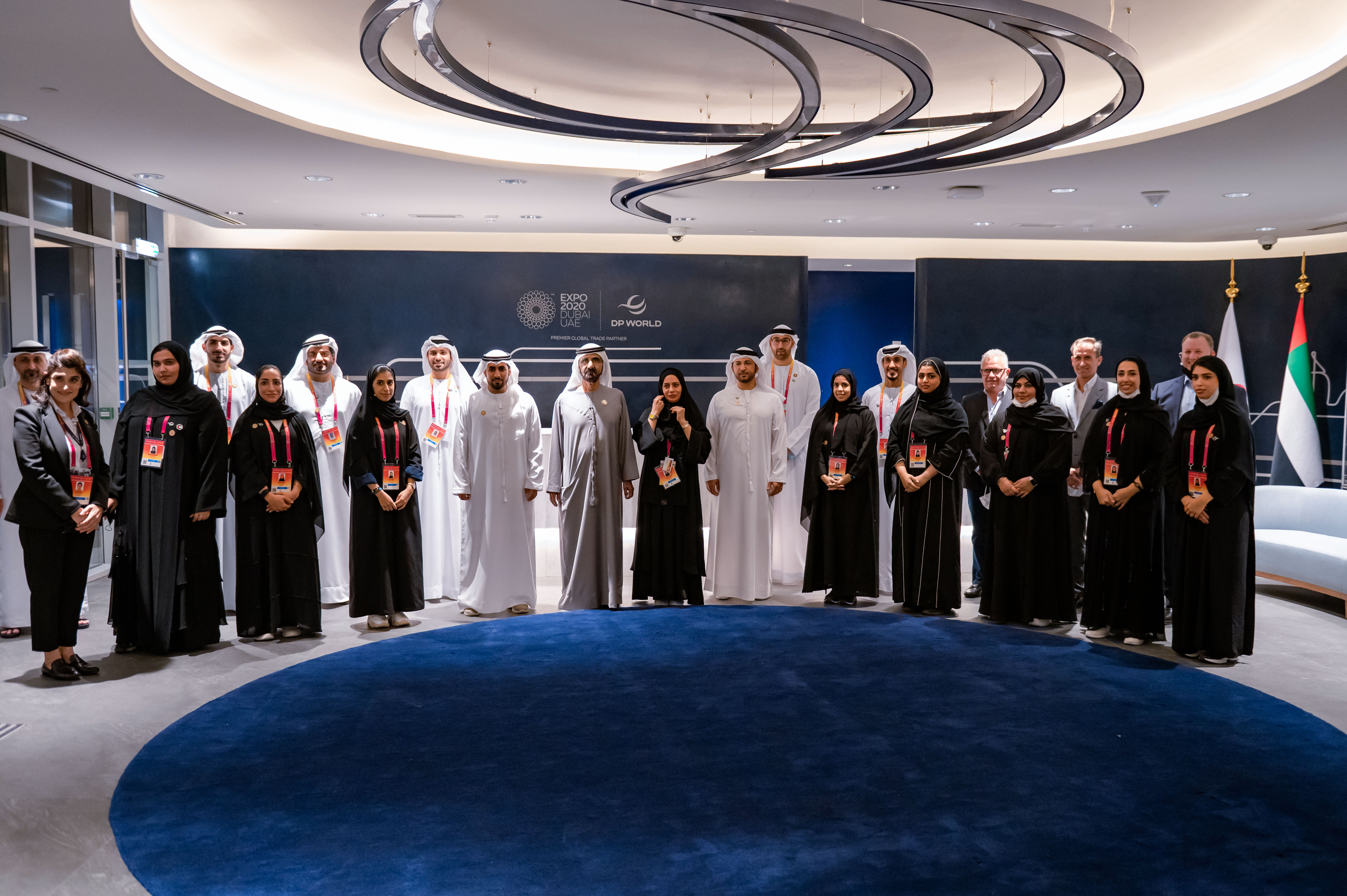 Vice-President and Prime Minister of the UAE and Ruler of Dubai His Highness Sheikh Mohammed bin Rashid Al Maktoum visited the DP World pavilion at EXPO 2020 Dubai. His Highness toured various sections of the pavilion, one of the event’s highlights, presented under the slogan ‘Making Trade Flow’.

HH Sheikh Mohammed was briefed on the main features of the DP World pavilion, located in the Al Forsan zone. The pavilion demonstrates the connectivity and movement of cargo across the world and highlights the vital role of smarter trade in the global economy.

During his visit, HH Sheikh Mohammed said: “The UAE, guided by the vision of its founding fathers, has been steadily enhancing its role in the global economy, contributing both to accelerating its growth and shaping its future. As a vital commercial hub, the UAE has developed significant capabilities to facilitate international trade, expand connectivity and create robust logistics networks, in partnership with nations and institutions across the world. By deploying advanced technologies, we continue to explore new avenues for contributing to the growth and development of global trade and commerce.”

His Highness was also briefed on DP World’s range of products and services, which covers every link of the integrated supply chain – from maritime and inland terminals to marine services and industrial parks as well as technology-driven customer solutions.  DP World has an interconnected global network of 190 business units in 68 countries.

DP World’s officials briefed HH Sheikh Mohammed on another innovative technology, BoxBay, the new and intelligent High Bay Storage (HBS) system as well the many other initiatives it has launched as part of its US$4 billion investment in digital technology over four years. His Highness was also briefed on the high-speed Hyperloop system and its logistics counterpart Cargospeed, created through a partnership between DP World and Virgin Hyperloop.

Visitors to the five-floor DP World Flow pavilion, which has four main galleries, have an opportunity to explore the movement of commerce around the world that drives the global economy, giving a unique insight into the innovative technology of supply chains. The pavilion’s FlowLive event programme brings together leaders of governments and commerce to shape the future of world trade, while its education programme seeks to inspire young people to join the logistics industry.

DP World, the Premier Global Trade Partner of EXPO 2020 Dubai, has been playing a crucial role in facilitating the importation of Expo-related cargo and providing event organisers with cutting-edge logistical support. The organisation’s pavilion was opened on 1 October, when the organisation also unveiled its new brand identity.