Every year, harsh winter conditions in Peru affect more than 700,000 people in the remote areas. The temperatures in the high Andean regions are usually less than -10oC. The communities in this region live far from the city and rely on what they produce on their land. During the cold winters, they lose out on crops and livestock; whilst facing serious health problems. As cases of pneumonia in young children and elderly people across this region rise during the colder months.

The winter period means huge losses for communities living in remote areas where over 2,600 homes are damaged, and 13,000 hectares of crops are lost on average. The homes in these areas are not equipped to withstand low temperatures and some residents don’t have the resources to afford appropriate winter clothing.

In July 2019, our team in our team in Peru drove a campaign to collect winter clothes for the most affected communities of people who live in remote areas of Southern Peru. This initiative was organised in partnership with Juguete Pendiente, a non-profit organisation that manages social projects for communities at risk. 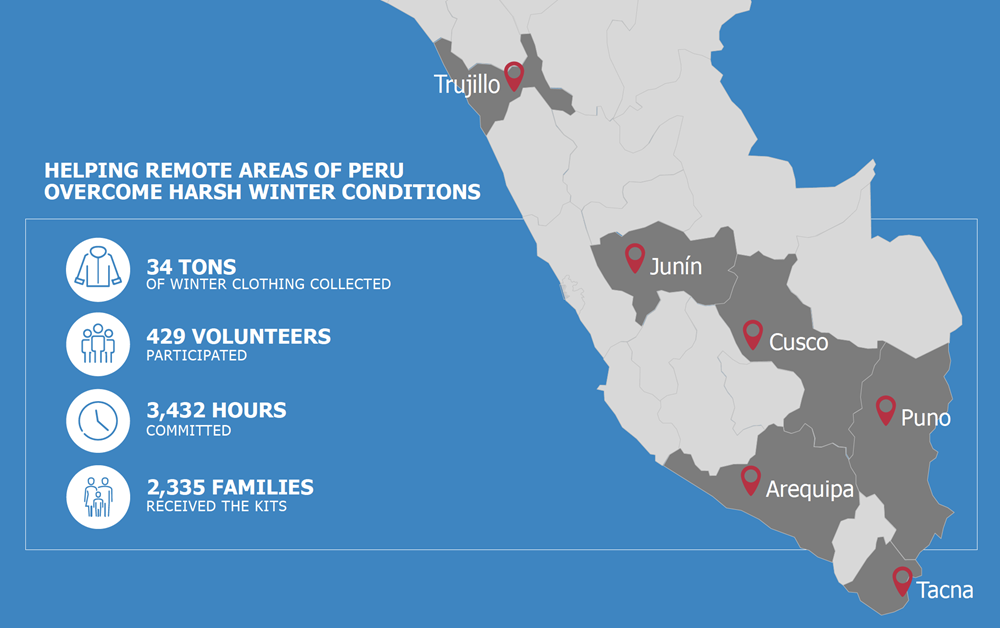 This story is just one of the ways we connected people, markets and nations. Find out more in the annual Smarter Trade report
View here
Share