Today the world is feeling the impact of climate change and global warming more than ever. All countries are taking various decisions and measures for the future. Private sector is also making new investments to reduce carbon emissions. However, the cost of environment-friendly investments is quite high. The amount of investment needed to reduce the emissions generated by shipping companies by 50 percent stands at $1.4 trillion.

According to the estimations of maritime NGO, Global Maritime Forum, reducing carbon emissions from shipping requires an annual investment of $50 billion over the next 20 years. If shipping was to be fully decarbonized by 2050, this would require an extra investment of $400 billion, making the total investments needed $1.9 trillion dollars.

The biggest share of investments is needed on the land side with infrastructure, new fuel production facilities and supply chain as the most pressing areas. Only 13 percent of the investments needed are related to the ships themselves. These investments include the machinery and onboard storage.

In an effort to reduce carbon emissions, DP World Yarımca cut down on the use of Reach Stackers at the terminal. New trailers are now used at the warehouse to replace Reach Stackers in sliding containers, preventing 64 tonnes of carbon emissions in 2019 compared to a year before and providing a saving of 279 barrels on oil. In addition, the port uses electric-powered RTGs and quay cranes, they produce regenerative power during operation. In 2019, quay cranes saved 439 tonnes of carbon dioxide, which is equal to the annual power consumption of 320 households while RTGs provided a 162-tonne carbon saving, an amount equivalent to the consumption of 118 households. As part of another “green” move, solar panels will be placed on the roofs of the CFS warehouse and the workshop building. The $400,000 investment will help generate 470 MWh per year, leading to a 20 percent saving on the terminal’s annual power consumption. 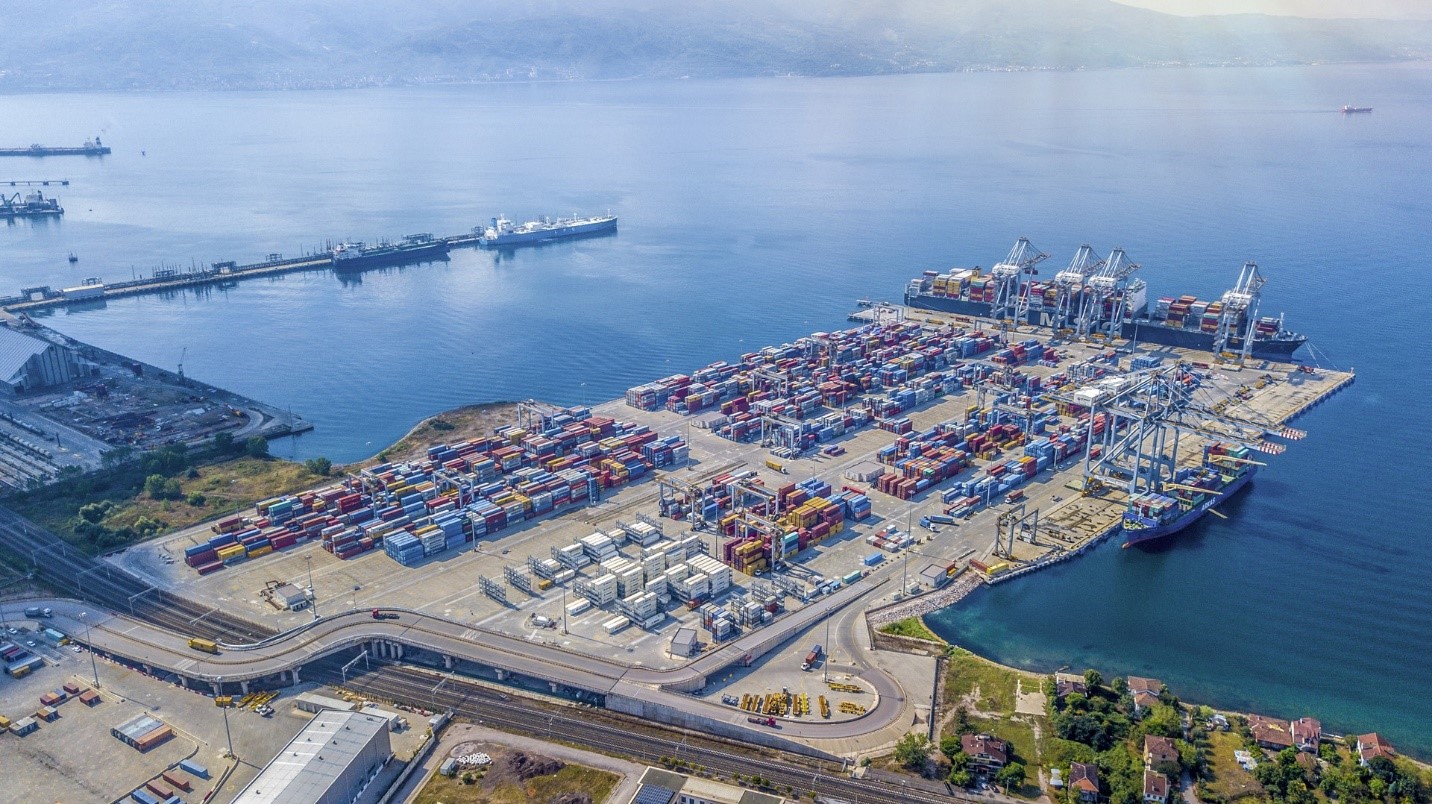