The world will overcome the crises with 'Smart Trade'.

The world will overcome the crises with 'Smart Trade'.

The world once again remembered the value of the supply chain with the Covid-19 outbreak. In China, where Covid-19 started, there was a 20-50 percent decrease in business volume in terminals. In addition, with the quarantine measures, transactions, especially Asian terminals, took much longer than usual. On the other hand, with the spread of the virus, inevitably, business volumes in Europe have been seriously lost. The world, which re-opened its economies in May and June, wants to continue its supply chain from where it left off in order to survive globalization.

Container ships arriving at the terminals at the beginning of April worked with a capacity of 41 percent compared to normal. This figure has reached up to 68 percent for container ships as of May 4. It is possible to talk about the same picture in other cargo ships. While working at 41 percent capacity compared to normal times at the beginning of April, this number has increased to 62 percent as of May.

Turkey Terminal Operators Association, stated that the rates of the ports which declare no changes in the number haunt ship in April, are 41 percent for general cargo ships, 38 percent for liquid bulk cargo ships, 33 percent for container ships, according to a survey conducted for Turkish Terminals.  For dry bulk, this rate is 29 percent.

EXTRA MEASURE FOR ONE OF TWO SHIPS

In addition, while the rate of ports that took additional measures for container ships was 49 percent at the beginning of April, this figure has decreased to 9 percent. In other words, the extra measures applied to one of the two ships are now applied to one of the 10 ships. For other cargo ships, this figure decreased from 47 percent to 7 percent in the same period.

There was also a decrease in the delays experienced. While there was a 42 percent delay in container ships in April, this figure decreased to 18 percent as of the beginning of May. This figure, which was 35 percent in other cargo ships, decreased to 17 percent.

In Turkey, the proportion of the terminal indicates that there is no additional waiting, varies between 48 percent and 38 percent. Due to the precautions taken, there was a waiting period of 6 hours or more in a significant part of the terminals.

DP World, which set out with the slogan "smart trade better future" one year before Covid-19 and prepared its infrastructure accordingly, was able to continue its activities in coronavirus days.

In a period when the countries are closed one by one and the ports are silent, the fact of being more smart of technology and human resources is now a new norm. In order to avoid the same problems again in the future, an Internet infrastructure of Particles (IOT) should be established where ports, ships and all other transport networks can talk to each other.

Operating in more than 80 marine and indoor terminals in 54 countries, DP World has provided and ensures that the supply chain continues without deterioration with its automation, internet-connected equipment, qualified manpower, artificial intelligence and data-based software. Because an average large container ship carries 200 thousand containers of cargo in one year, with final products, raw materials and semi-finished products. The ports that will host these loads must have all kinds of transportation infrastructure such as sea, rail and road and ensure that these loads are transported to the inner regions.

DP World, which provides every link of the supply chain with its technological infrastructure, uses the following phrases while describing the motto 'smart trade better future': “DP World aims to be at the forefront of the next industrial revolution. Our active partnerships in each of the 54 countries in which we operate today are the basis of our success. We are always willing to build on existing relationships and open new ones, and look forward to growing economic diversity and technological innovations that will completely change the way we do business globally. ”

The world is preparing for new norms in the fight against Covid-19. In the ports and maritime sector, it became clear how important cloud technologies and internet infrastructure of objects are against the effect of the virus. In the pandemic process, non-online transactions increase uncertainty and help reduce costs in an operax oriented and scaled manner instead of a capex and resource oriented structure. In this way, a cost advantage of 30 percent is provided. Systems that talk to each other not only provide cost advantages, but also offer a very important advantage in terms of customer satisfaction and time.

PORTS SHOULD BE CONNECTED

The technological infrastructure of terminal operating systems is now essential. Because it is necessary to have a fast network not only in in-port operations but also between ships and ports. In addition, the ports must have a fast network among themselves. In terms of the continuity of automation, all ports, from small ports to large hubs, must be in touch with each other instantly. 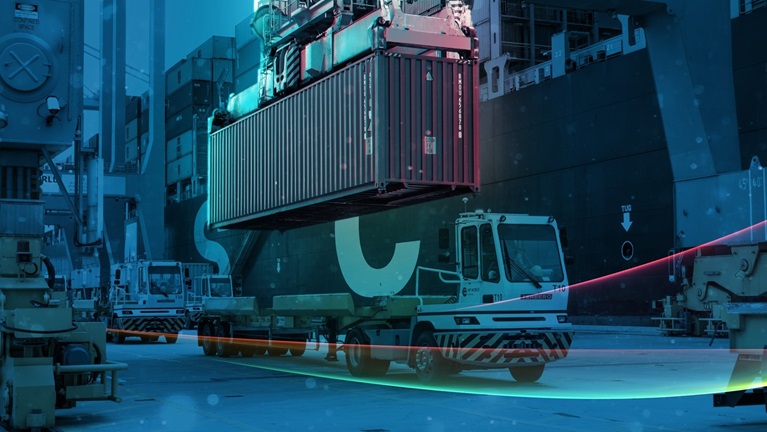