“The quality of LCL services is very important to us”

“LCL is a much more difficult service to achieve customer satisfaction compared to FCL,” says Özel, underlining that a port’s know-how as well as its customer service approach are important in this respect. ”

-Can you tell us a little about your company?

Vanguard Logistics is an international logistics services company, headquartered in Long Beach, California. Founded on the backbone of Direct Container Line, which was established by Sir Owen Glenn in 1978, the company, which grew exponentially with major acquisitions in the US as well as in Europe, China and other Asian countries, was acquired by Man Capital, a London-based international investment company owned by Egyptian multinational conglomerate, Mansour Group in 2012. With more than 3,000 employees in over 120 offices spread across 40 countries, offering direct LCL services in 1,200 different routes every week, Vanguard Logistics is currently the world’s largest consolidated container transportation company.

-Can you also give us some information on Vanguard Logistics’ presence in Turkey?

While Vanguard Logistics officially kicked off operations in Turkey 5 years ago, the company’s commercial presence in our country dates back to much earlier. JMS International Transport, which I am proud to be among its founders, was established in 1999 with only a few people and a small capital and soon became a major representative of Vanguard Logistics in Turkey thanks to its commercial achievements. Building on a steady growth trend, JMS became Vanguard’s exclusive representative in the country in 2009. Following a 2014 merger with Vanguard, JMS was renamed as Vanguard Turkey. Therefore, given its common history with JMS, Vanguard has indeed been in the Turkish market for 20 years.

-In your opinion, what are the most important features a port should possess?

The most important feature is certainly its geostrategic position. A port adds significant value to its hinterland with its position. Geographical diversity is also very important from a commercial point of view. That is, companies in the port’s hinterland must have fast and easy access to major commercial corridors such as the Far East, US and northern Europe. In this context, line/ship owner diversity is of vital importance since a line may not be competitive everywhere. Another significant feature is security. I am not talking about physical security only. Cyber and bio-security are equally essential. Fast and effective operational processes, digitalization, customer services, transparency and visibility (digital trackability) are also among the features we seek in our port choices. We also put emphasis on the quality of LCL services ports provide as this is our field of specialization. LCL is a much more difficult service to achieve customer satisfaction compared to FCL. In that sense, a port’s know-how as well as its customer service approach are of utmost importance to us.

-What services do you receive from DP World Yarımca?

Once our LCL import containers arrive in the İzmit Bay, we unstuff them at the DP World container freight station after which we deliver the goods to customers. As we are the leading company to start regular LCL services in İzmit Bay, this region is especially important for us. We have been providing LCL logistics services to companies in the region together with DP World Yarımca almost since it was founded. Having started 5 years ago with an innovative and entrepreneurial approach and a volume of only 1-2 containers a week from Singapore and occasionally from Shanghai, our services have reached considerable levels. We now bring LCL containers every week directly from Ningbo, Shenzhen, Hong Kong and Busan in addition to Shanghai and Singapore. I believe that being a first in the region and our innovative and persistent business understanding helped us to succeed and open a new service window for our country. Many other companies attempted to provide LCL import services in the İzmit Bay region after us. Almost all of them either had to withdraw from the region or narrowed down their area of service as they were unable to achieve the stability they expected. We, on the other hand, have always believed in the potential of the region and thus, achieved long-term success.

-Why did you choose DP World Yarımca?

The importance DP World attaches to customer satisfaction and technology are very valuable to us. For example, their portal service allows us to easily track a container’s movements within the terminal. The port’s customer-oriented representatives maintain an effective communication with our company. The fact that 2M (Maersk and MSC) vessels from the Far East call at DP World Yarımca with remarkably competitive transit times has also been a positive factor, for sure.

-To what extent DP World Yarımca meet your expectations?

DP World meets our LCL-related needs almost perfectly. But we want to see further line diversity. It would be a great contribution to the development of the region if some major direct or fast transit lines from the USA or Northern Europe also started calling at Yarımca.

-What other means of transport do you use for your products (railway, trucks, etc.)?

Vanguard Logistics operates in a very specific field of business. Our focus is mostly on maritime LCL logistics services. And I believe that we largely owe our leadership in Turkey and worldwide to that focus. Our services are fully in “neutral” concept, in other words almost all our customers are logistics companies and we operate as a main contractor. Vanguard Logistics has a global reputation for this policy which it has been implementing with great success. All our customers, big or small, know that their commercial secrets are safe with us. Moreover, being the largest LCL network in the world, we provide these services with an end-to-end Vanguard assurance thanks to our over 120 owned offices across the world.

-Which countries do you mostly trade with?

Our biggest market is Asian countries, China in particular. We also have a strong presence in the USA as we are a company with an American origin. We have a very extensive and comprehensive presence in the US market on both export and import sides.

-What is the import/export ratio in your business model?

Imports roughly constitute two thirds of our business while one third is exports. However, we are to a steady growth on the exports side, too. Thanks to our innovative approaches, we help Turkish exporters access new direct LCL services and new markets in addition to conventional trade corridors. Today, Vanguard offers the most comprehensive LCL export logistics services in Turkey with 22 different direct services each week.

-Is there any other remark you want to add?

I think the logistics services in the İzmit Bay are still at an early stage. There is much progress to be made in this region.

Thank you for giving me this opportunity. 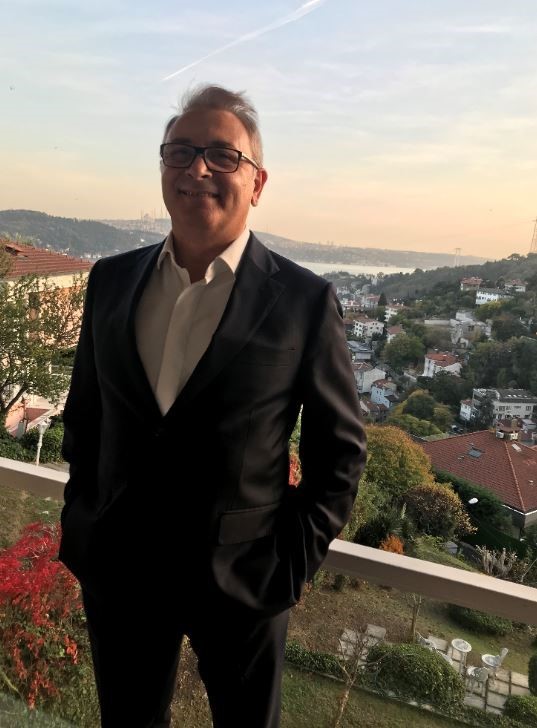