“We started the change from within”

DP World Yarımca marked the World Environment Day by sharing its environmental projects. As an organization which has been actively engaged in environmental issues since its establishment, the company developed and implemented the “Minding My Waste” project this year in collaboration with the Mind Your Waste Foundation and the Körfez District Directorate of National Education in order to raise environmental awareness among children

The project, which was kicked off with a protocol signed by DP World Yarımca, the foundation and the national education directorate, aimed at educating students from district schools about waste and recycling with a special focus on reduction and recycling of disposable plastics. To this end, training materials were prepared in cooperation with Kocaeli University’s Department of Education and a board game was developed by experts from Bilgi University, which were used for training not only students, but also their teachers.

Speaking at the project launching ceremony, which was held in March, DP World Yarımca CEO Kris Adams pointed out to the global issue of marine pollution and said, “We need to start the change from within and education is one of the most important elements to achieve it”. Adams also said that, as a member of IMPACT 2030, DP World has been carrying out similar initiatives in all countries it has a presence in. “We believe that in order to be a role model for others, we need to start the change with ourselves, our employees and their families,” he added.

IMPACT 2030 is a public and private sector-led environmental initiative in collaboration with the United Nations, and DP World is an active member of this initiative with all its terminals worldwide.

As part of its efforts to become an environment-friendly organization as Adams explained, DP Worl Yarımca took some important step last year: 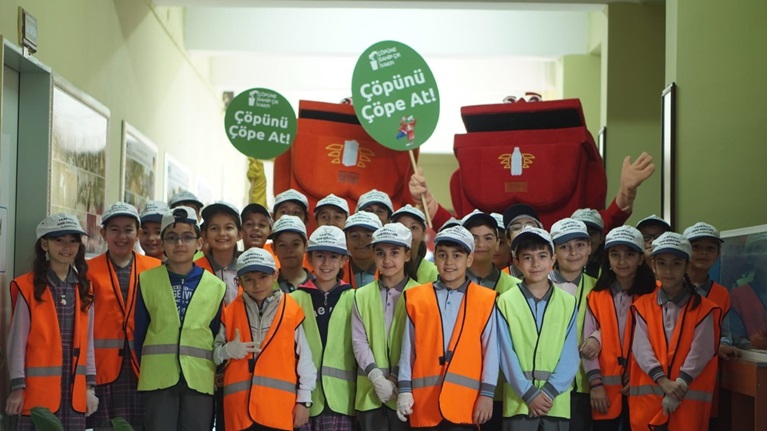