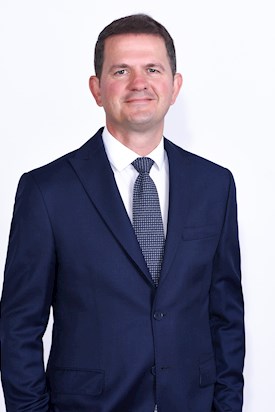 The CEO  of DP World Yarimca

Kris is the CEO and he is leading management team of DP World Yarimca.  In his current role he manages one logistics park & container terminal in Turkey.

Kris joined DP World as Business Development Manager of Europe & Africa region in P&O.  He continued to work for P&O in New York and Sydney offices in 2005-2006. Upon the acquisition of P&O by DP World, he took on a Commercial Director role in their Antwerp operations. And moved General Manager role in 2012.  He was promoted to Yarımca Terminal CEO in 2016.

Kris has a master’s degree in Applied Economics (major: advanced Finance) from University Antwerp.  He also has MBA from the Vlerick Leuven Gent Management School . He speaks fluent Dutch, English and French.