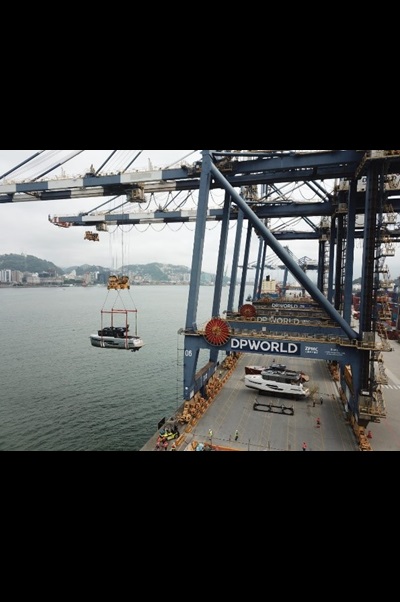 DP World Santos, one of the largest and most modern private port terminals in the country, installed on the left bank of the Port of Santos, held on September 17th a careful breakbulk operation: the handling of three yachts, which were hoisted straight from the sea to the terminal.

The sophisticated vessels weigh around 20 tons and have 16 meters in length. They were pulled out of the water by nylon slings, tied to the portainer spreader, and placed on the terminal side in metal cradles, used for this type of cargo.

The operation lasted approximately 4 hours and involved around 10 people, as well as divers who assisted in the procedure of placing slings on the yachts. The yachts were boarded on Express Brazil vessel, on the 19th of the same month, and headed to the port of Miami, USA.