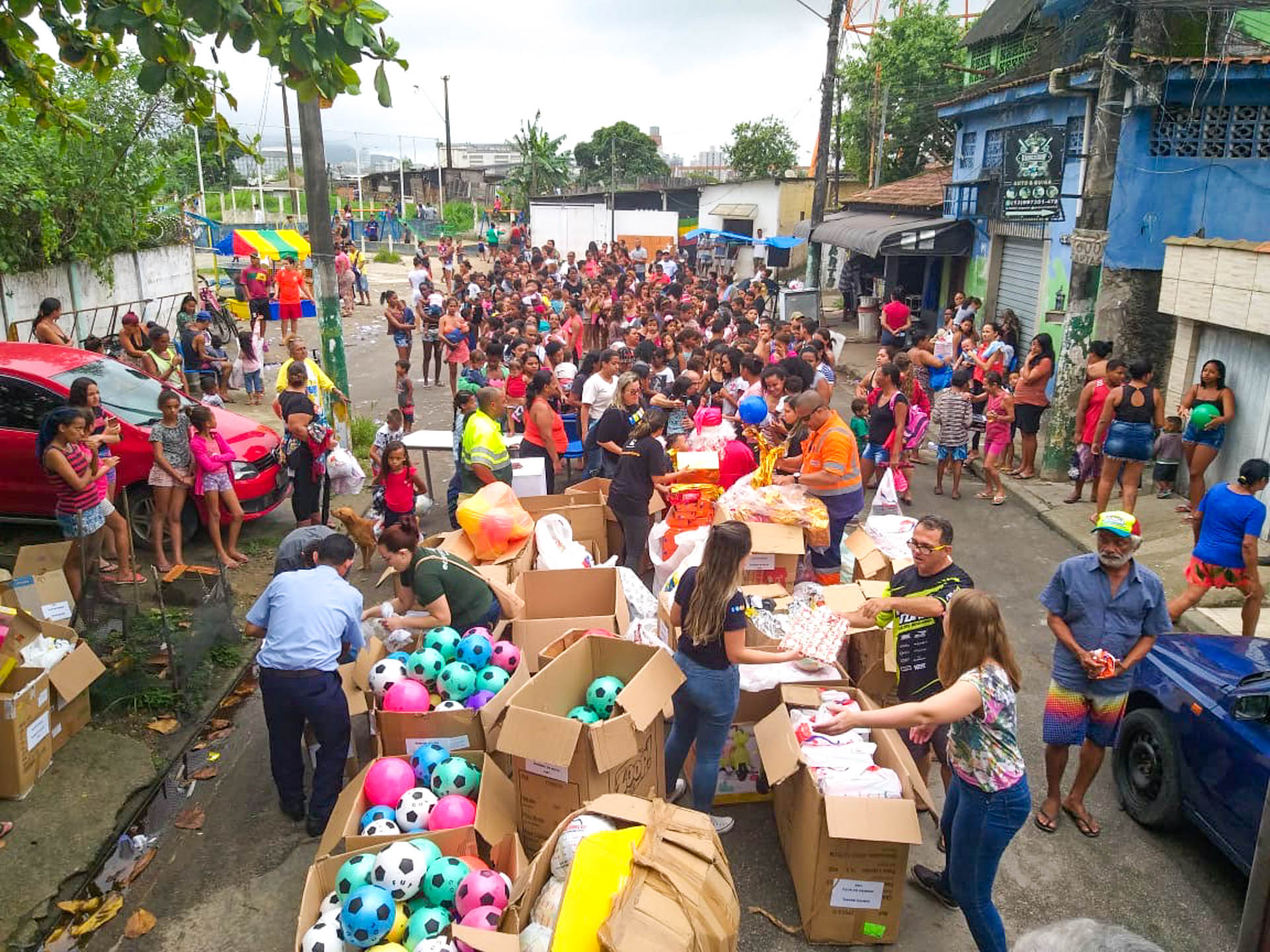 The four largest terminals of the Port of Santos provided a more special Christmas for more than one thousand children of Baixada Santista, in a social action called “Charity Container” (in portuguese: Contêiner do Bem), which aimed to collect and distribute Christmas gifts in communities among Santos and Guaruja.

The initiative aimed to stimulate a healthy competition in the Port, since for each donation of an employee, companies doubled the total number of collections.

All donations were delivered on December 18th by a truck that carried a container full of toys – an allusion to the symbol that represents the activity of the port terminals. Also, company volunteers were involved in this solidarity delivery to families living in needy communities.